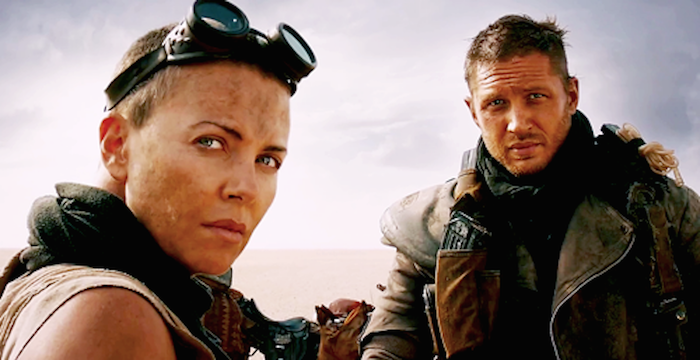 I work in several overlapping communities that fight for social justice, stronger democracy, more trust between people who are different from each other and more trust between individuals and governments. The folks in these groups don’t always agree with each other, but I’ve never seen the fault lines between them buckle and widen the way they did this past week.

I don’t have a biting analysis to sum up the 2016 election or the handful of days since then. And I especially can’t speak with the voice of an immigrant, or a person of color, or a woman, or a member of the LGBTQ community, since I belong to none of those groups.

But seeing the acute anger and fear among my loved ones and colleagues in communities targeted during the campaign—people facing political threats, verbal assaults and most of all physical violence even as you read this—I’ve felt grief-stricken and confused. I’m writing not to tell you about my grief (which isn’t that interesting and has the luxury of being felt from comparative safety) but about my confusion.

I’m writing hoping it can help other white men and white people be more useful to friends and strangers, and will maybe help you understand your own confusion better along the way. This isn’t instructions on how to be an ally (want something like that? try here, here, or here). It’s one person trying to get clearer about his own fragility, and the TL;DR is that I hate thinking of myself as the person who is not trusted.

I don’t mind being reminded that my race and gender give me privileges that divide me from my friends and colleagues. I don’t mind being told that I wouldn’t understand. But I’ve been getting childishly defensive when I think I’m being told I can’t be trusted. Once I saw I was having a childish knee-jerk reaction, it made some of my community responsibilities a little clearer to me.

(And if anything I say is useful, it’s the result of example and advice from several people who have thought about this longer, harder and with greater humility than I have, most of them women, most of them women of color: Jamila, Katie, Leslie, Mia, Micah, Pakou, Sabrina, Samala, Shaun, and in particular Deanna for some encouragement.)

We ought to put our sensitivity on pause and focus on understanding someone else’s grief, fear or physical jeopardy.

One of the sneakiest faces of fragility is the discomfort those of us on the more privileged side feel when someone is getting the telling-off they deserve and we wonder, “Jeez, I hope that doesn’t mean ME.” Then we over-identify, then we negotiate, then, too often, we end up silencing somebody. Dragging people we mostly agree with into a detour, an infight, just because we feel uncomfortable. When it’s. Probably. Not. About. Us.

Like with any situation, your discomfort might be a reason to say less, not more. (It may help to try and think of an example of a white male who says horrible things when someone makes him uncomfortable.)

We should talk — and listen — to one another like we’re around a kitchen table, not in a conference room and NOT in a chat room.

Wherever you were Election Night, or the night of the terrible shootings in Orlando, or the night the Cubs won, whoever you may have had nearby to talk to, if you’re reading this you probably also went online. And maybe you had something to say.

I started my life online hosting discussions about the news. Then and now, online is a place, but not a space, and we can’t pretend we arrive in an online place with any mutual understanding with the strangers we find there. Facebook became “sticky” and “scalable” because it began with people who did have a shared context — they were schoolmates on the same campus, then later at least on a campus somewhere. But it’s not like that anymore for most users. And Twitter and the comment threads hanging like frayed fringe off of every web page everywhere have never been like that.

We shouldn’t jump into online conversations as if everyone there thinks like us, looks like us, knows what we mean or needs what we need. Most online spaces are NOT shared workspaces with an agreed agenda. What’s water cooler talk for one person may be life and death for another. After a shock to the American system like the 2016 election, some people online are venting, some are rallying, some are blaming, some are planning, some are seeking community, some relief, etc. It isn’t a comfy patio where we’ve all agreed to hold the freaking Council of Elrond and whiteboard All the Things together.

Just ’cause we’re all in the same virtual space doesn’t give me license to treat your war room, much less your totally justified fear, like my poli-sci seminar. There’s a terrible flattening of intent in a comment box, so people need to listen better, and err on the side of some freaking respect.

We should learn what the word “ally” means, put it into action even when it feels uncomfortable, and then take the concept and try to 2.0 it.

If you’re reading this, the word “ally” is a word you’ve probably already heard for being white or straight or male or cis and having the back of a friend or stranger who doesn’t look or live like you. It may sound jargony, but it’s also moral. Shouldn’t it be the norm for us to stand up for someone facing worse danger than we’re facing—whether that means speaking up, showing up, acting up or simply standing alongside?

After understanding that idea, and walking that talk, we should also consider the limitations of the word, because guess what, if you’re not conscious, and conscientious, it’s just another feel-good t-shirt. A card you flash that you think is to reassure someone else (“I feel your pain.” “I’m Darcy, not Wickham.” “I’m Eminem, not Kid Rock.”) but is actually to reassure yourself (“He doesn’t think I’m part of the problem, does he? God I hope not!”). In international diplomacy and war, an ally isn’t just a passive teammate, an ally fights your enemies as their own, an ally welcomes your refugees, an ally gives you favored status when you need something.

There’s a risk with the word “ally” that it can separate us too far from the people we’re standing up for. Our differences are real, yes, and crucial to recognize. We must not take them lightly or assume that simply naming them is healing anything. And yes, sometimes they’re so stark that the only support an outsider can offer is to “shut up and listen” (as I’ve been told a few times this year).  But stick with me here for one more minute …

The term has limitations: As important as it is for me to know that a female colleague or a Muslim loved one is facing bodily threats and backlogs of major and minor bullshit that I never will—and as vital as it is that I act to help for no other reason than that the threat is real and I am able to act—it’s also important to remember the dangers that bind us together in common cause, as taxpayers or colleagues or citizens or neighbors or parents. Someday someone else may get singled out for attack or injustice, but it is my street where it will happen, not just her street. It’s my city that will fall apart when the police and the community lose faith. It’s my school too (plenty of the time). My economy too (unless I’m a zillionaire). My America that disintegrates when its most vulnerable people suffer.

An ally can’t be an ally from the sidelines. Sometimes I do too little because I don’t want to do the wrong thing. But, to quote Winnie-the-Pooh, that would not be a good plan.

As an activist, I can’t hang back planning when some actions are needed now, right now. As a techie, I should trust that if one attempt to help fails, I can get feedback and iterate. And as a Jew (did I not mention that? that’s probably because I grew up so surrounded by progressive Jews that I’m not ready to say we’re facing the same degree of threat that other groups are, at least not yet, at least not this month, so sue me), I must remember that to say nothing, to do too little, is the first step toward joining the wrong side.

Whatever your electoral politics, whatever your race or gender politics, we’re all going to be in crisis mode for a long time. There are practical actions you can take in several of the links included above, and if you’re looking for just a few ways to put your feet, wallet or heart in a useful place, here are some ideas for you:

Hollaback: You Have the Power to End Harassment

UPDATE: Dear liberal friends: you do not have the tools to fight Trump. (via Harmony)