Three images that sum up the SCOTUS marriage decision 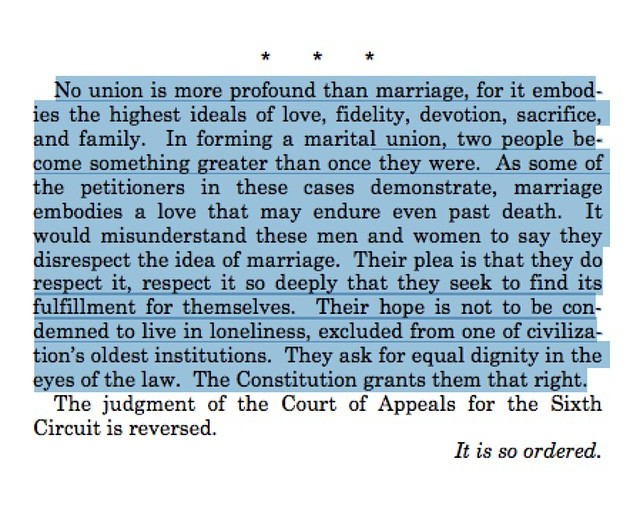 Can abundance stare down overwhelm?

Amid the flipbook churn of links from Twitter, Facebook and email yesterday, I saw two that brought different sides of me into sharp contrast.

One was a picture based on the tumblr The Dictionary of Obscure Sorrows. The Dictionary is the brainchild of graphic designer and editor John Koenig. Koenig imagines new words for feelings that should have their own word but don't, like the momentary terror when your eyes haven't adjusted to the dark yet, or the wish that someone else's phone buzzing had been yours (those two are mine).  Buzzfeed's Daniel Dalton did a really nice job illustrating some of Koenig's words a few weeks ago, which may explain why the list is showing up in my feeds a lot.

There's an article by me in the latest newsletter from the Citizen Services office of the General Service Administration. The issue is devoted questions of citizen participation in governance. I had the chance to interview some personal heroes of participatory culture, including Eben Moglen, a crystalline communicator and evangelist for the end of information ownership; Brian Reich, a guru of change-means-change and not just cool tools; and Beth Noveck, author of Wiki Government and, more importantly, keeper of the Open Government initiative at the White House.